The funerals of Soldiers, more than any other ceremony, have followed an old pattern as the living honor the brave dead. 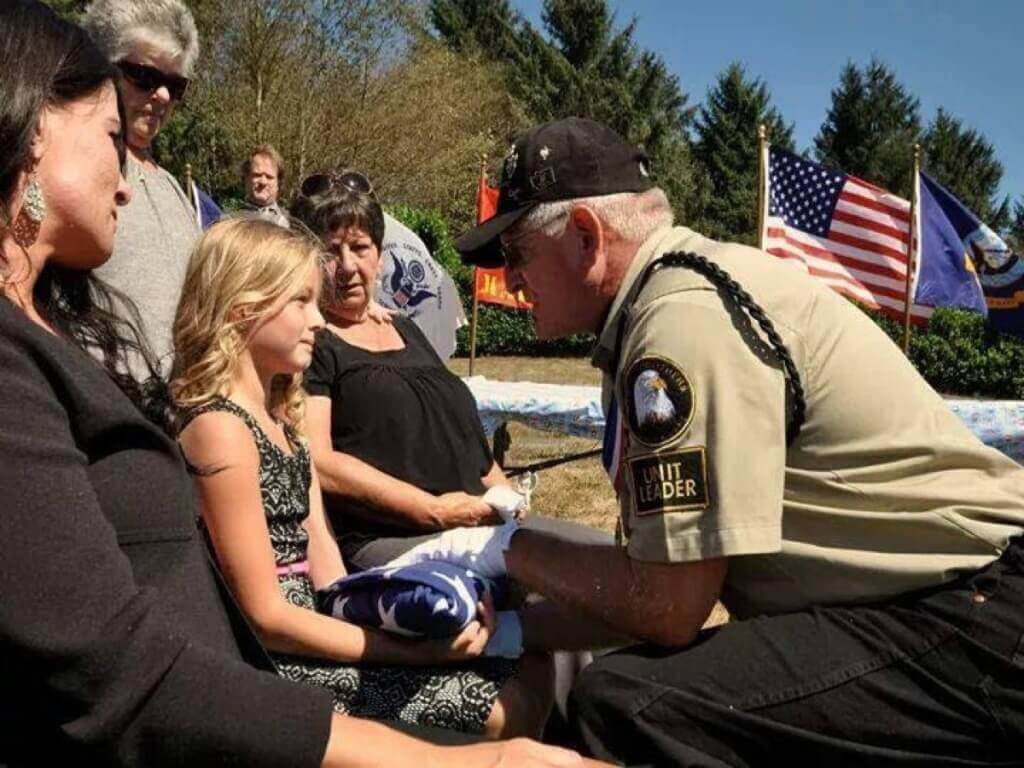 It is our goal to promote a positive public image by paying tribute to our fallen Veterans by assisting in the ceremonies and memorials, and laying them to rest with honor and dignity. We will accomplish this by the use of drill and ceremonies, custom and courtesies, and presenting ourselves in a neat and professional manner.

The Oregon Band of Brothers Honor Guard, Prineville Chapter, began in September 2012 with five members of the Band of Brothers, since then it has grown to over 25 members. The Honor Guard conducts Military Honor Funeral Details in support of all branches of the Military, to include the Army, Navy, Marines, Air Force, Coast Guard and Merchant Marines. We are capable of conducting the Flag Folding and presentation to the Next of Kin, Taps with a live Bugler, a Rifle Salute, and we incorporate a Flag Line with service flags, as well as a Bag-piper. We offer our services free of charge and expect nothing in return but the honor of paying tribute to the fallen Veteran and their families.

Run for the Wall